My musical taste is fairly eclectic but always heavily influenced by rock, I was listening to AC/DC when I was 5, I was also introduced to Hip-Hop as it was being born around the same time. I lived in Michigan not too far from Detroit and I remember Break-dancers coming and doing a demonstration presentation at my school in 2nd grade. I discovered Heavy Metal a few years later due to the influence of my cooler older cousins, and fell in love with Iron Maiden & Ozzy Osbourne. Later I moved to punk, when I found some bands that really spoke to my experiences and outcast status as a teenager.

Anyways here are some of the bands that always have a spot in the rotation in the car or while I am working. I may do some posts with deeper dives on some of them if I feel the inspiration. Enjoy.

Fair To Midland, were an astonishingly good prog rock act out of Texas that I discovered at the beginning of last year. Their sound pretty much presses every happy button in my skull. I adore them and was saddened to find out that they are now defunct.

Anakin – Are a shoe-gaze band I discovered a few years ago now, I find them to be very relaxing to listen to. It’s great working music. I really like the keyboard melodies they weave through their songs.

P.O.S – P.O.S is pretty much my favorite rapper these days. I find his style amazing and his flow is intelligent and thought provoking. Fun Fact, he started as a Drummer in a punk band, Building Better Bombs,  which he is still a part of although he has had more greater success as a rapper.

Cunninlynguists – Psychedelic hip- hop, their album Oneirology is one of my favorite chill out jams.

letlive. – letlive. are post hardcore band that are known for their intense and bombastic live shows. they just put out a new album that is a bit more mellow than their earlier work, perhaps trying to reach a larger audience. I love their singer, he is explosive and has a virtuosic voice.

To be continued… This post is taking much longer to put together than i thought, so I think I’m going to break it up into a series of them. 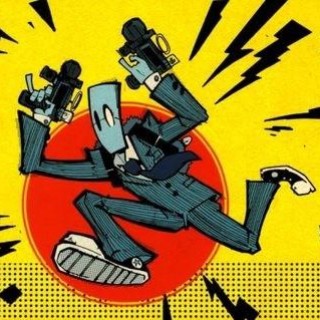